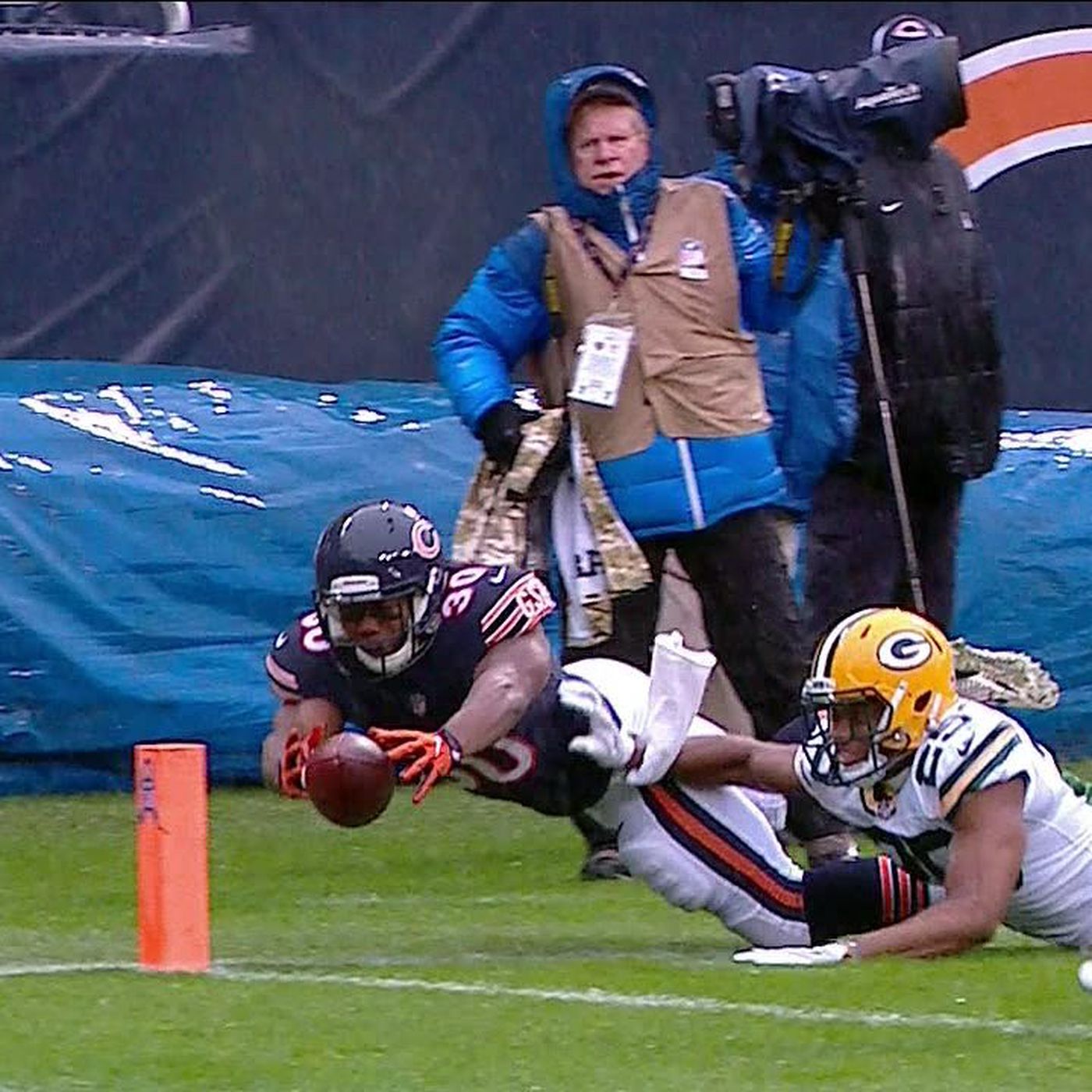 If Matt Nagy’s luck as the Bears head coach is not much better than John Fox’s, he’ll be on the hot seat along with Ryan Pace in a couple years. In a make or break season for John Fox, a couple of bad NFL rules and poor officiating played a huge factor in 2017 being his last season as Bear’s head coach.

In week #5, the Bears were 1 – 3 and Mitchell Trubisky started for the first time against the Vikings on Monday Night Football in Chicago. This game was an old-fashioned smash mouth defensive battle as the Bears had a 2 – 0 baseball type lead towards the end of the 1st half.  But Jordan Howard busted the game open with a 42 yard TD as Soldier Field went crazy.  Unfortunately, that momentum was snatched away from the Bears due to the ref calling a super soft holding penalty on WR Marcus Wheaton.  Chicago ended up losing this game 20 – 17.

The Bears bounced back and won their next 2 games and had a chance to reach the .500 mark in New Orleans during a week #8 matchup against the Saints. In the 3rdquarter, Mitch Trubisky threw a perfect pass to Zach Miller to cut the Saint’s lead to 14 – 10 but the refs overturned the touchdown due to the irritating and erroneous catch rule.  Check this incredible catch (and horrific injury) out and judge for yourself if the Bears got hosed by the officials.

To make matters worse, Zach Miller dislocated his knee and came close to having his leg amputated. The Bears lost this game 20 – 12 and their starting Tight End for the season.

After the game versus the Saints, the Bears were 3 – 5 and gearing up to play Green Bay who was without the injured Aaron Rodgers at Soldier Field. Chicago was favorites in this game versus the Packer’s backup QB Brett Hundley to kick off the 2nd half of the season.  Then came the most unfortunate play of the Bears season, which caused the firing of John Fox.

Towards the end of the 1st half, Bears down 10 – 3 with the ball on 3rd and long and near the red-zone from the 25-yard line.  Trubisky tossed a screen pass to RB Benny Cunningham who ran inside the 5-yard line and dove to connect the ball with the pylon for a score.  But the ref determined that Cunningham’s foot went out of bounds before he made contact with the pylon.  Fox challenged the play to get those 6 points on the board.  But the officials turned Soldier Field upside down by overturning the call despite not having conclusive video evidence to conclude that Cunningham fumbled the ball before his foot went out of bounds.

Since the ball was fumbled into the pylon, by rule, the Packers were given possession of the ball at the 20-yard line through a touchback. Even if it’s true that Cunningham fumbled the ball before his foot went out of bounds, the NFL rule that rewarded the Packers possession at the 20-yard line is the worst rule in sports.  The fumble-touchback-turnover rule is absolutely stupid because the defense is awarded a takeaway without even recovering the fumbled ball.

Many people still ridicule John Fox for challenging the ruling on the field with the thought that the Bears would have had the ball at the 2-yard line if he kept that red flag in his pocket. But guess what?  Packers head coach Mike McCarthy also had the power to challenge that play in an attempt to benefit from the most awful rule in the NFL.  Chicago never recovered from that hapless play, lost the game 23 – 16 and finished the season with a 5 – 11 record to end John Fox’s 3-year tenure as Bears head coach.

I’m not saying John Fox was a good head coach for the Bears but I am saying the guy had some serious bad luck. And I didn’t even mention the plethora of injured players on his roster and Ryan Pace donating $18.5 million bucks to Mike Glennon then trading some draft picks to move up one spot to draft a QB who only started 12 games in college.  Now Fox is gone and hope is rising in Chicago as Matt Nagy is coming from that very successful Andy Reid coaching tree.  However; Nagy is going to need all the breaks he can get to turn around a team that hasn’t made the playoffs in 7 years.  Hopefully when Fox left town, he took all of that bad luck with him.